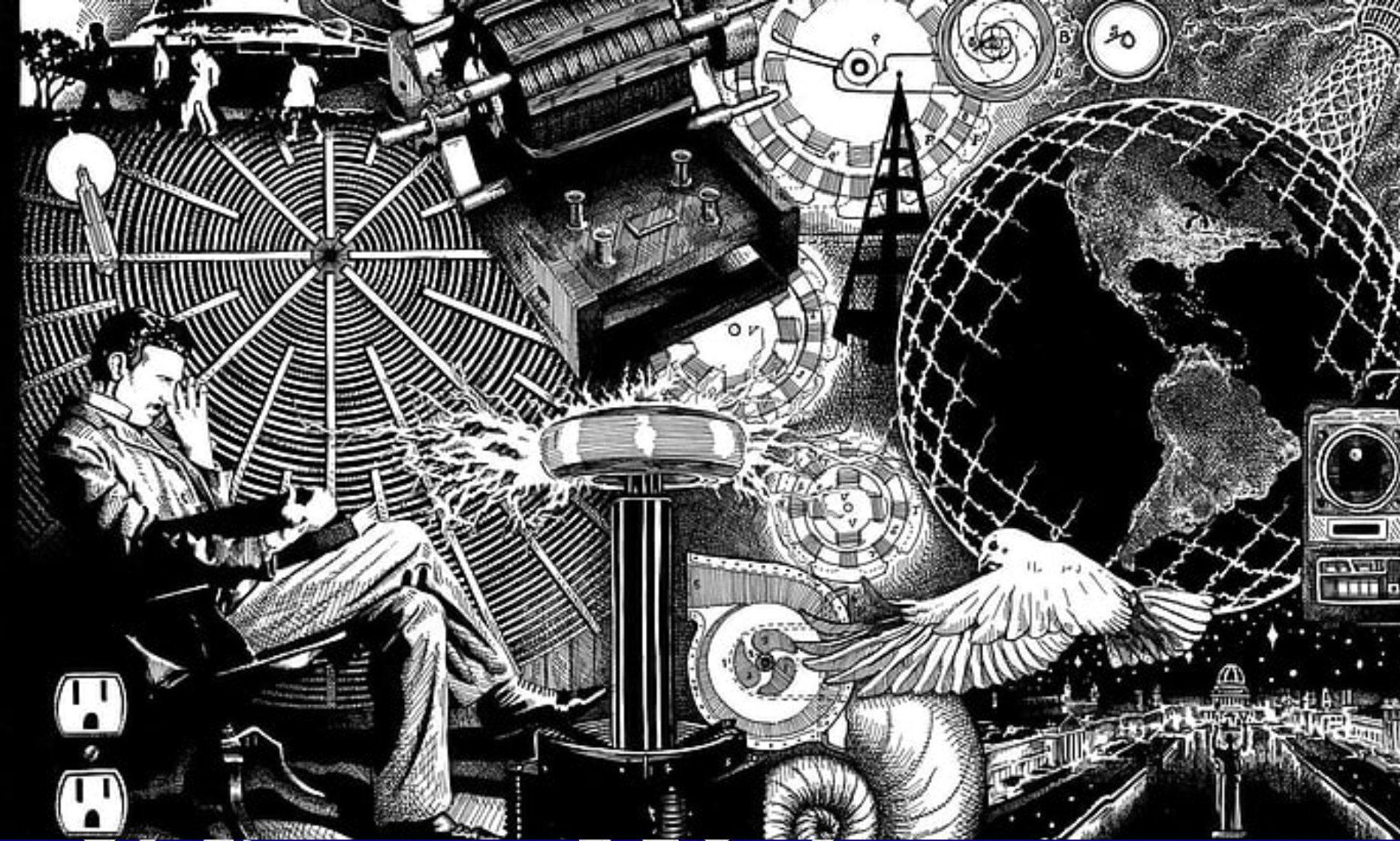 But wait, it's only July the 9th. His birthday isn't until tomorrow.
And on that little factoid you would be wrong.
I know this because my birthday is July the 9th and for most of my life Tesla has been reported in the newspapers as a celebrity born on this day. For a long time the name meant nothing to me. Back in elementary school I had done a book report on the biography of Thomas Edison which must've been one of those shamelessly sanitized Scholastic Books editions that did nothing but praise the inventor. I don't remember it ever mentioning Tesla or the war for AC power and certainly nothing like Thomas Edison abducting people's pets and electrocuting them to prove the dangers of said power. Something that would have definitely stuck out at me had they mentioned it. In fact, I was actually a big fan of Thomas Edison. As a kid I loved invention and technology and computers and resembled Dexter from the cartoon Dexter's Laboratory. 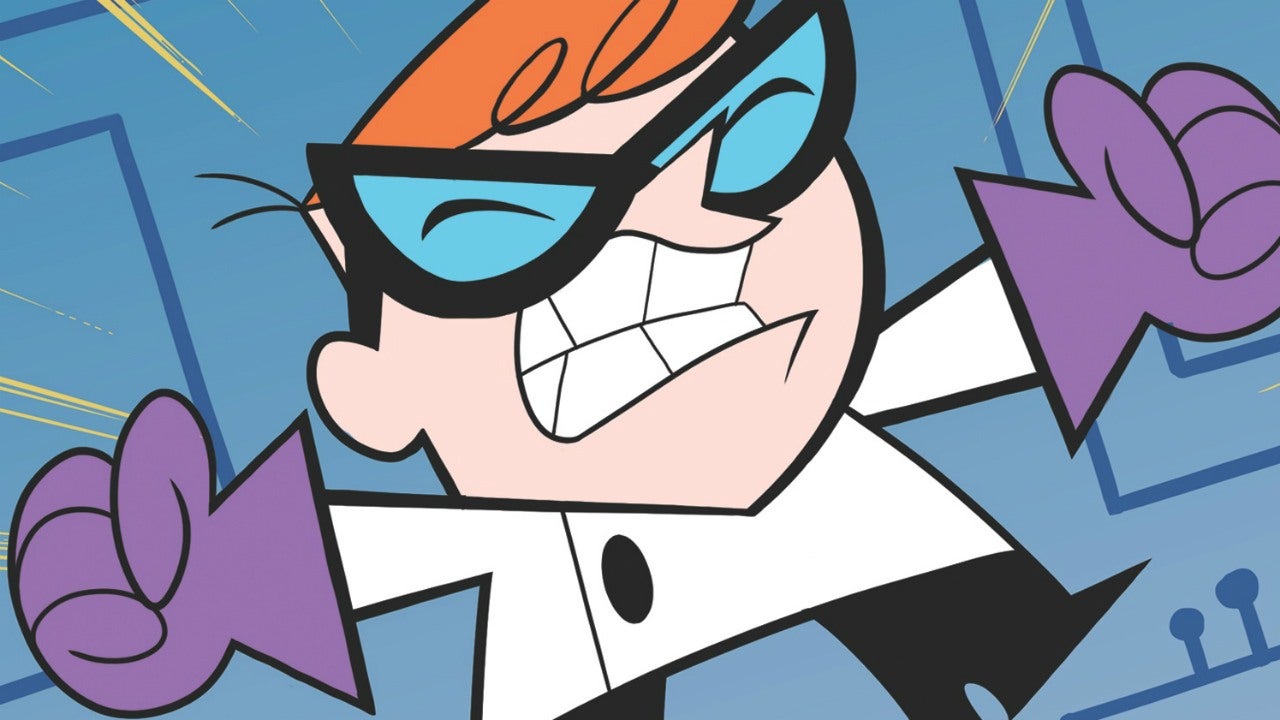 (in more ways than you need to know)
It wasn't until the early 1990s that the name Tesla actually connected with anything and that would be the hair metal band Tesla. I wasn't exactly a fan. I had seen a few of their videos on MTV, maybe an interview on Headbanger's Ball, but I was in college and more into the art-rock stuff they showed on 120 Minutes. Being pre-internet, I simply assumed they were an older band like Led Zeppelin who rose to fame in the 70's and were somehow still hanging around. Tesla was probably the last name of the lead singer. Who knows?
Time passed. Hair metal itself disappeared but from my horoscope the name Tesla did not. By the late 90's, celebrity-wise July 9th had taken more than its fair share of black eyes - Courtney Love, OJ Simpson, Donald Rumsfeld, Fred Savage (and we know what you did Fred Savage! If that is your real name :-). It wasn't sizing up to be the best of all days for pop culture. Yet! Tesla was still being mentioned? Was that band even still together?
By this time the internet did exist and I could look up Tesla online and discover.... Wow. Forget Edison! This Tesla guy was amazing! He did so much for our world and yet had largely been forgotten. Alternating Current was what enabled electricity to travel. If it had been left up to Edison we would have never gotten past DC power. Only the rich would have had electric power and it would have been generated by big noisy smoke-belching fuel inefficient machines. Edison may have invented the lightbulb, but it was Tesla who brought electric light to everyone.
And we share the same birthday! That's so Awesome!!!
And then that birthday began to slide, despite the fact that birthdays generally don't change. In the early 2000's the world woke up to Tesla's brilliance. The Tesla Motor Company was formed, he started making cameos in different movies, and in the newspapers (yes, there were still newspapers around at that time) Tesla's birthday began to be reported as July 9th/10th. This went on for a couple of years, but by 2010 it was firmly cemented in place as July the 10th.
What gives? That's my birthday celebrity! Give him back!
I would never figure out what actually happened, but thanks to the Tesla Museum we do have a copy of his birth certificate issued by the Eastern Orthodox church and it does state that Nikola Tesla was born on June 28th 1856. The eastern block countries were still using the Julian calendar at that point and it could be that a day was lost in translation to the Gregorian calendar, leading everyone to think he was born on the 9th and not the 10th. But! That's not the story that Nikola Tesla himself would tell.
According to Tesla he was born (so flamboyantly) during an electrical storm around midnight of July the 9th leading into July the 10th. So theoretically, for a few seconds, he had one baby toe out in the world on the 9th of July and therefore was born on the 9th or possibly the 9th/10th if you wanted to get technical about it.
Why would Tesla want to be born on the 9th of July? It's because he was a bit eccentric, that's why. 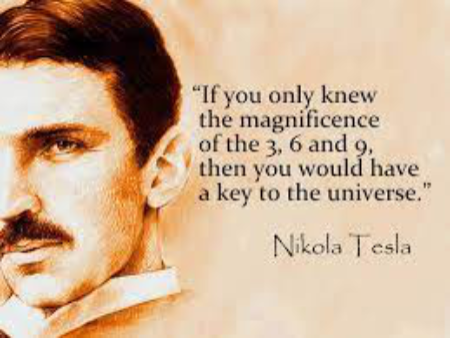 Tesla was obsessed with numbers. He had what we would now call arithmomania, a compulsive need to calculate numbers and find meaning in them which may or may not be there. Famously, his favorite numbers were 3, 6 and 9 always in that order. If you take apart his birthday the way a numerologist would, separating each number and adding them together, you get.
7 + 1 + 0 + 1 + 8 + 5 + 6 = 2 + 7 = 9.
Well? That does give him the personality number of 9 which is the number of secrets, wisdom and magic which would have made him happy, but let's look at his birthday from the Julian calendar. The one he would have grown up knowing as his own.
6 + 2 + 8 + 1 + 8 + 5 + 6 = 3 + 6 = 9.
And let's do it again but this time with July the 9th.
7 + 9 + 1 + 8 + 5 + 6 = 3 + 6 = 9.
There they are, hidden inside both birthdays, the numbers 3, 6 and 9 in perfect order. Now, I'm not saying that Tesla ever did this or even knew about it, but lives are very long lived things. I remember stumbling across it in college as a novelty done among friends. Numerologically, my birthday equates to
7 + 9 + 1 + 9 + 7 + 1 = 3 + 4 = 7.
3, 4 and 7 are not my favorite numbers, but 1, 7 and 9 are. I love the cryptic nature of those numbers, especially 7 which is a mysterious number and always the hardest to deal with in math. Those are the numbers of magic made real. Having them constantly be there, following me through life hasn't hurt the matter either. I don't think I'm an arithmomaniac. I'll have to get back to you on that.
So maybe Tesla did and maybe he didn't. Maybe it was sheer coincidence. Either way, and for whatever reason, if Nikola Tesla wanted to be born on the 9th of July I think we should let him. There is room enough for everyone as well as cake to go around.
Besides, Tom Hanks was also born on this day. And that's so totally AWESOME!!!!!
Happy Birthday Mr. Tesla!
Keys:
#tesla #numerology #astrology