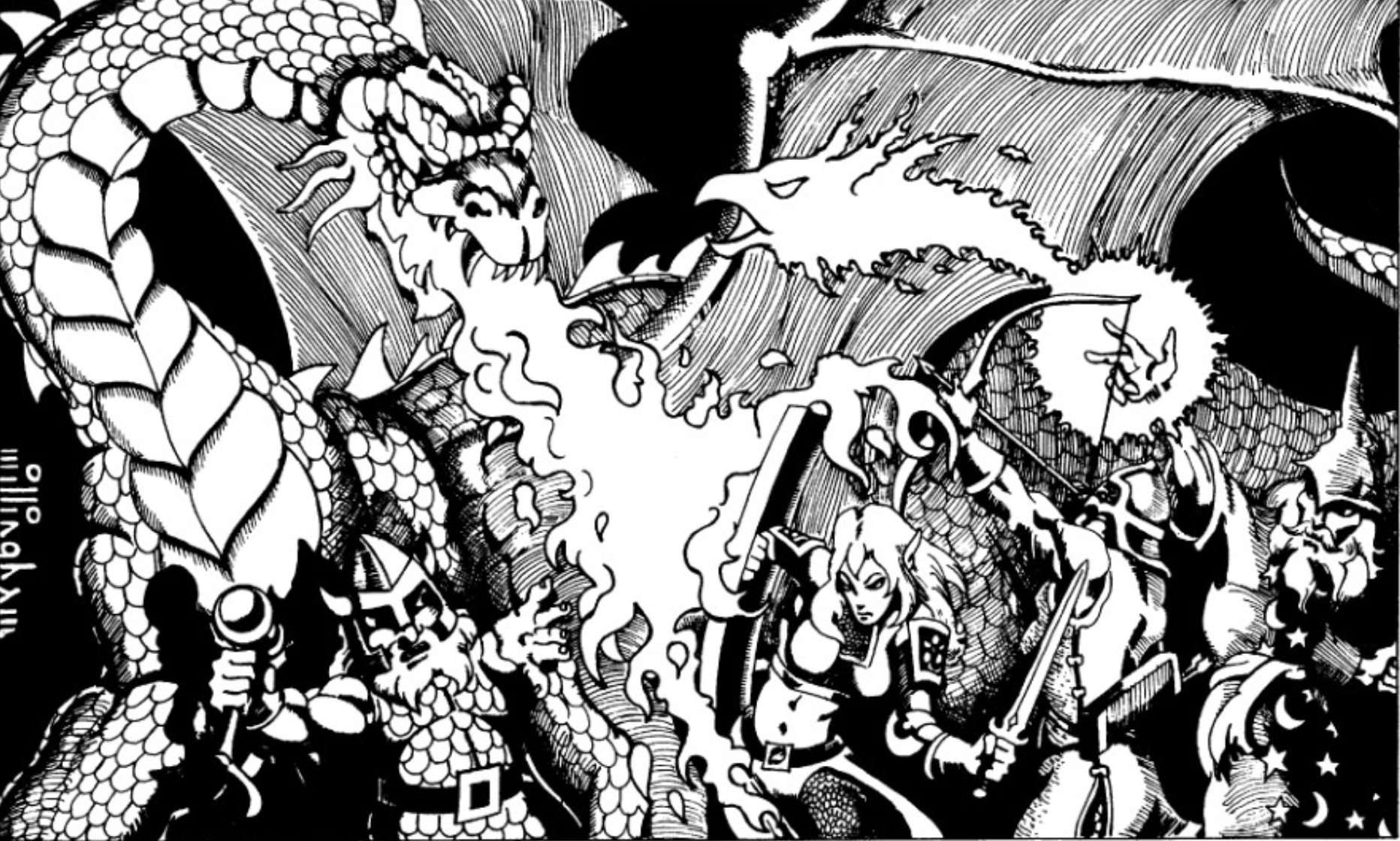 I enjoy Capt. Courageous's videos and recently he did a review of B/X D&D subtitled, "Why So Much Love?" It's a good review of the game and has a lot of good things to say about the system but it also left me wondering why do I love B/X as much as I do.
Well, first things first. I don't think B/X is perfect. I think it's riddled with flaws and short-comings, some inherited from AD&D and some intrinsic to B/X itself, but that's not the point of this post. Right now, I only want to sing its praises and get to the bottom of what makes it so great.
It Came In A Box. This may seem like a small meaningless detail but that box was terribly important because everything we created for the game we did on sheets of lined paper. Maybe we could have kept our stuff in a binder but that would have felt too much like school, and it's a pain popping things in and out of a notebook. Instead we packed it all in our boxes and carried those boxes with us everywhere. They were like little treasure chests containing our favorite game. I packed so much stuff in the box I had that it eventually busted out at the corners. My father gave me one of his old brief cases to carry all of my gaming stuff in. I think he got a kick out of seeing me carrying a briefcase to play a game, almost like a miniature version of himself going to a school board meeting. I loved that briefcase for all of the same reasons. How is that for leveling up?
It Came with THE Dice Not any dice but THE dice. I still remember the car ride home from the orthodontist in October of '82 when my mom broke down and bought me the Moldvay Basic set at Sears. I opened it up in the car and one of the first things I went for were the dice. Up until this point, all of the dice in every game I had ever played came in one shape - a cube - these baby blue beauties were strange almost mystical. They radiated wonder and awe. Most of all they were mine. You could not buy them in stores. There was no online to go online to. You might be able to order them from a catalog or out of the back of Dragon Magazine but you first had to know to do this, and of course wait 6 to 8 weeks for delivery afterwards. More than just plastic number generators, those dice were our keys to adventure, more valuable than gemstones. 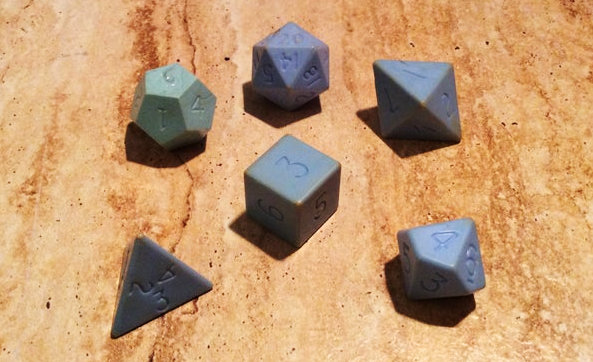 The Rules Did Not Talk Down To Us For me this was the biggest turn-off of BECMI. Then as now, I read the Basic set and cringe at how it feels as if the author thinks I am just not getting what he has to say. It feels like it was written by an adult trying to write for children. B/X does not have that. While the game may say "Ages 10 to Adult." It was written in a very straight-forward way that simply wants to be clear and understood and even as an eleven year old I appreciated that. The game was exciting and violent and not nerfed to no end for our own good.
Fantastic Artwork '79 to '83 was something of a golden age for the artwork of TSR games. At that point the artists were talented enough to make decent images and yet not so accomplished that they intentionally restrained themselves to create professional-seeming work. It was good looking and yet not over-bearing. It left room for your imagination to come in and make of it what you wanted.
Another thing which is often overlooked is the nature of printing during this period. When it came to internal artwork your images had to be in black and white with no grayscale anywhere. If you've ever wondered why the Carrion Crawler looks the way it does

That cross-hatching is what you had to do to create shade. Everything in that image is either ink or no ink and this gives all of that artwork a very crisp super-sharp resolution. The module X5 - Temple of Death from 1983 is one of the first modules to incorporate grey-scale printing as well as sepia tones in its artwork and IMHO is also one of the worst looking modules they produced for just that reason. The gray-scale shading made the images look muddy and the sepia tone only made it muddier.
Race As Class Some idiot called B/X "Baby D&D" and that ruined it for us. I, like everyone else, jumped from B/X to AD&D just as soon as I could afford to. We wanted the real thing. We wanted Adult D&D, not something with the edges filed off. AD&D was alright. It carried with it a complexity that did seem more like the "real thing." It also gave you so much stuff you didn't feel bad about ignoring most of it, and yet something was lost with the move from Race As Class to Race & Class.
Race As Class I actually think came about as nothing more than a way to save on printing costs. This was a time when every page mattered and it probably would have taken a few more pages to write in both races and classes. Separating Race & Class wasn't that hard a concept to wrap ones head around. If anything, Race As Class was the weird one, sticking you with the idea that your Dwarf couldn't be anything other than a fighting type. But, an unintentional consequence of Race As Class is that singular focus made your character feel far more iconic than Race & Class. With R&C your character was always a conglomerate of some sort. You were an Elven Fighter/Magic-User. In B/X you were an Elf. In your party you were The Elf. You didn't sit there wondering what you were going to be or which part of your character was more important - elf, fighter or magic-user - you were what you were and that kicked ass! 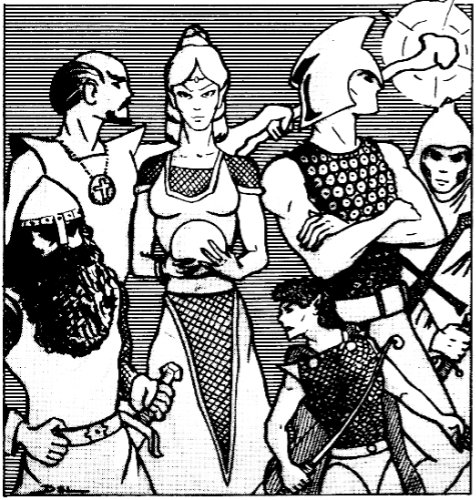 It Stopped At the Right Moment With the rules. What truly eventually killed our interest in playing D&D as a whole was the release of Unearthed Arcana. Between that book and our ever growing stack of Dragon Magazines, D&D became a thankless chore to play. I do remember being 14 and looking at the massive stack of material I had accumulated over the past three years and just wishing we could go back to the way it was when we started. Instead we abandoned D&D and moved onto other games such as Battletech and Car Wars which at that point were in their infancy and were only on their way to bloating out of control. Less is More in game design, unless of course you are in the business of selling things to people, which they all are.
B/X does mention a Companion set, so there was a definite interest in expanding beyond the two sets, but for some reason (oh yeah T$R) they decided to reboot the whole thing, effectively trapping B/X in amber. Two thin booklets were as big as it would ever get, and surprisingly that was enough. At a few points it became more than enough. Unlike AD&D, we had no excuse for avoiding its rules and felt obliged to follow its order of actions and morale rules and reaction rolls. I didn't care for this as much as a kid, but as an adult with not nearly as much time to devote to gaming, it definitely has its advantages.
It Was There First This one just cannot be overlooked. My first RPG was B/X D&D and like your first girlfriend, no matter how rocky that road may have been, you never forget your fondness for that person. I often wonder what it would have been like if I had started role playing with Star Frontiers or had skipped D&D altogether or only picked it up a decade later with White Wolf games in college. What would my impression of B/X D&D be then? Would I even have one?
Nostalgia matters. There is no denying it.
Keys:
#d&d #rpg #ttrpg

Tweet
More from Roll of the Dice...
What I Hate About B/X D&D 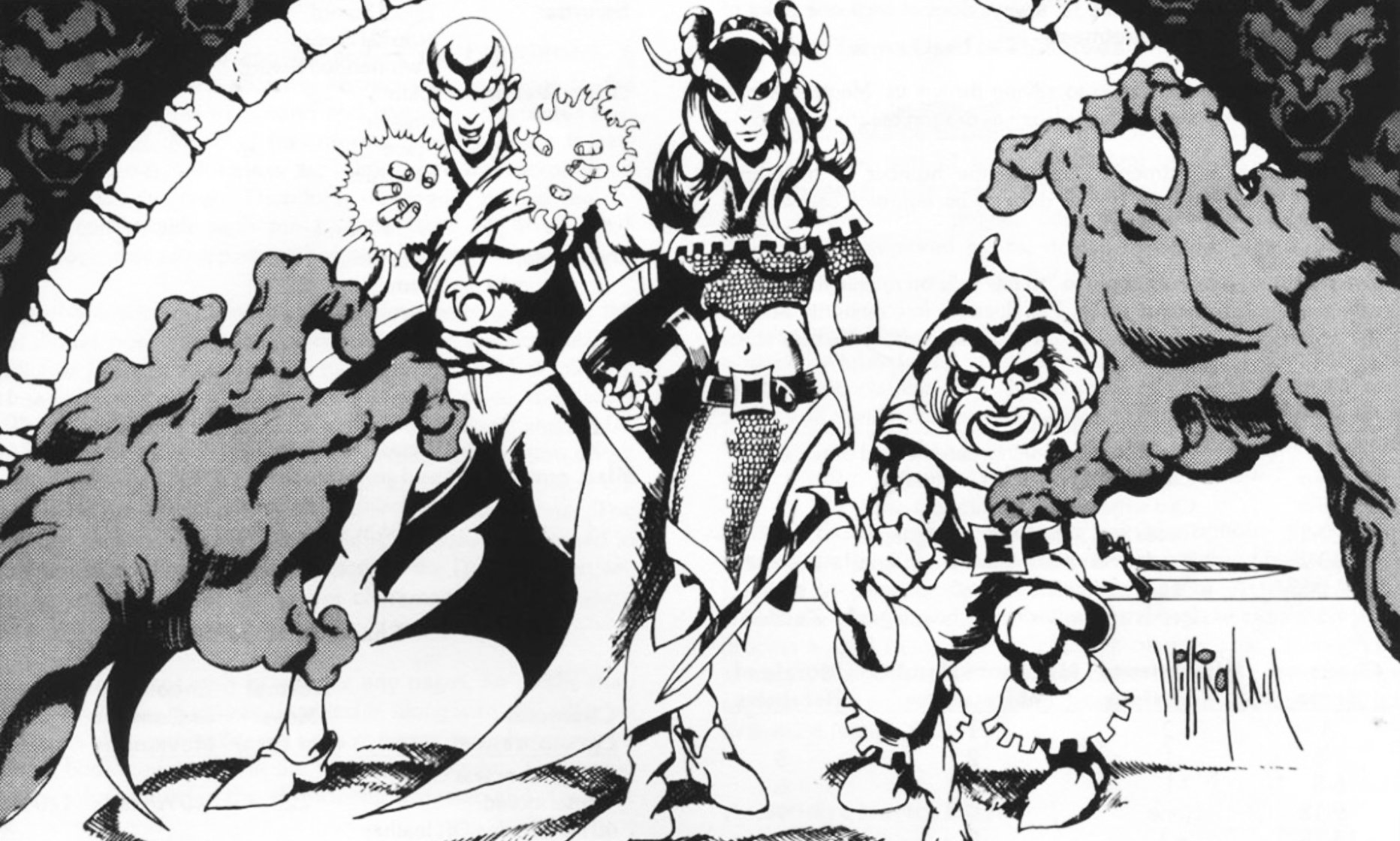 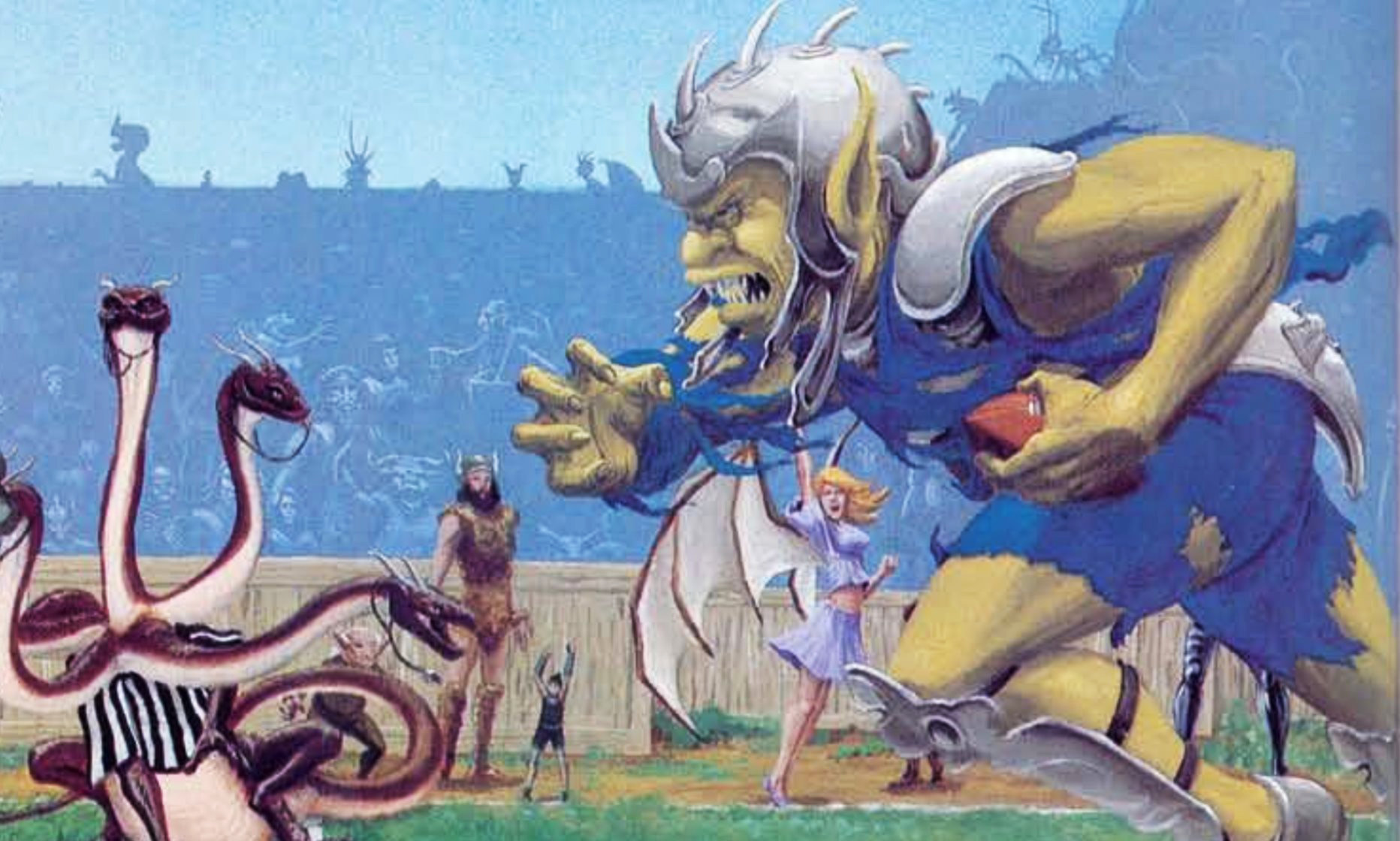 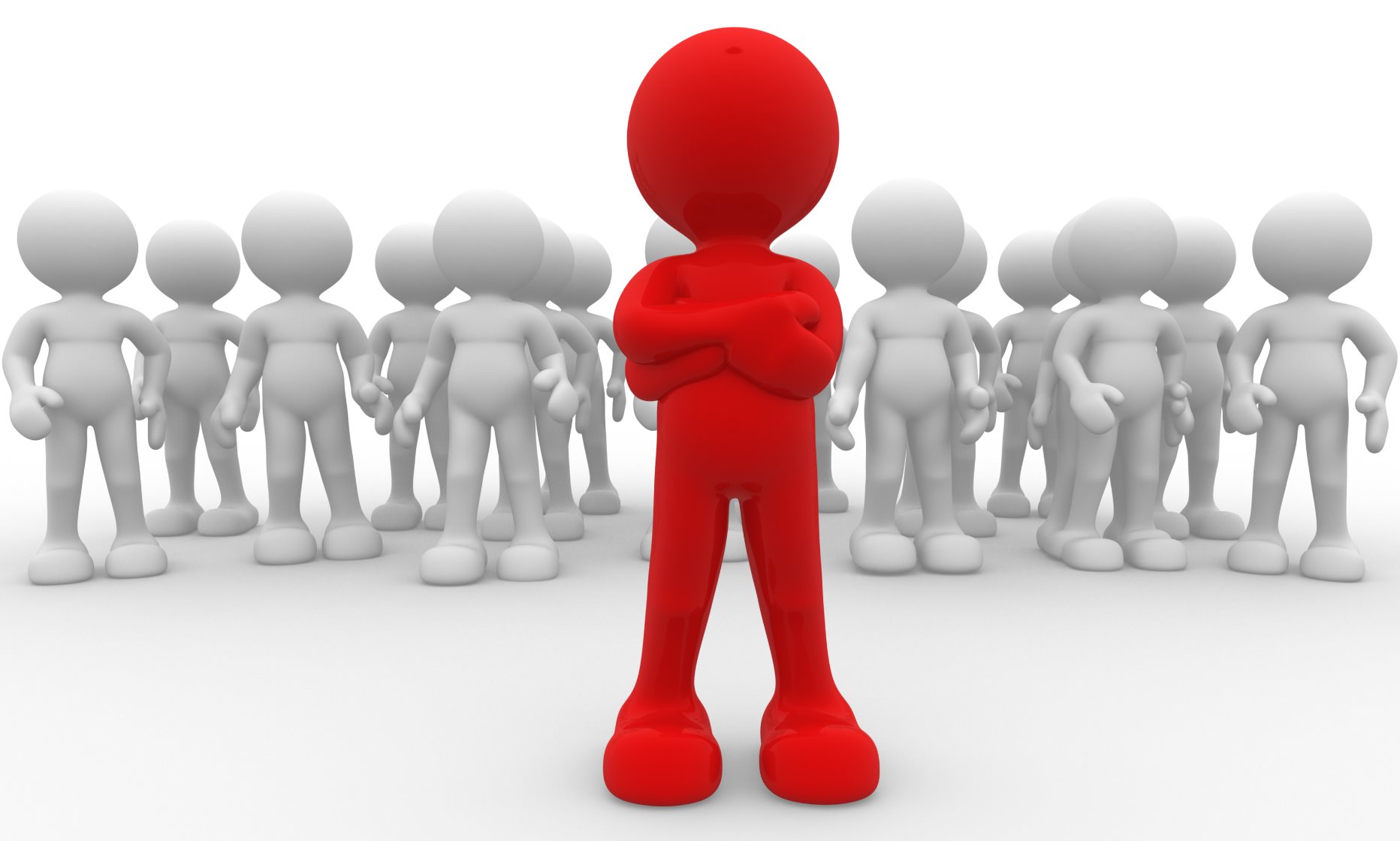 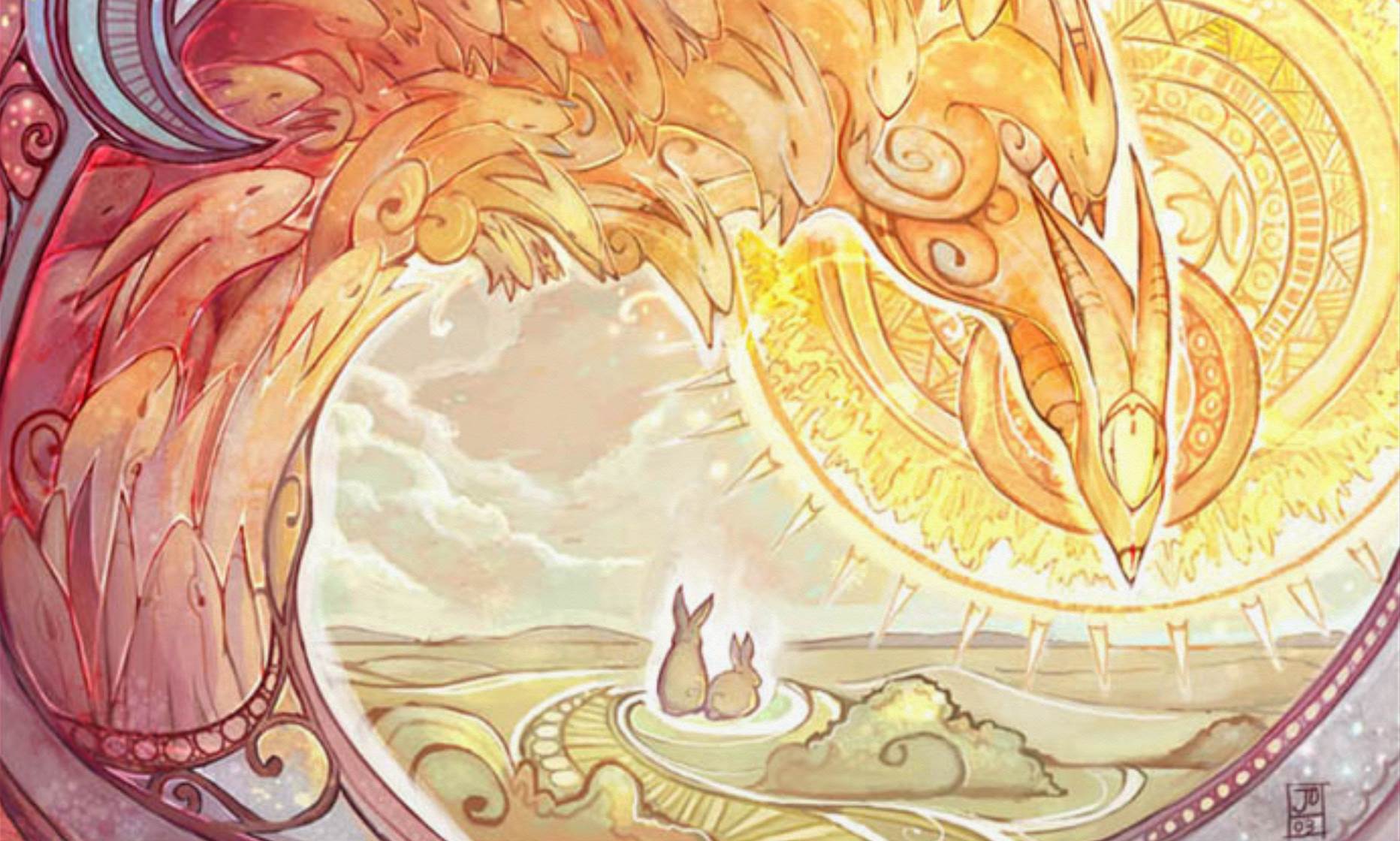 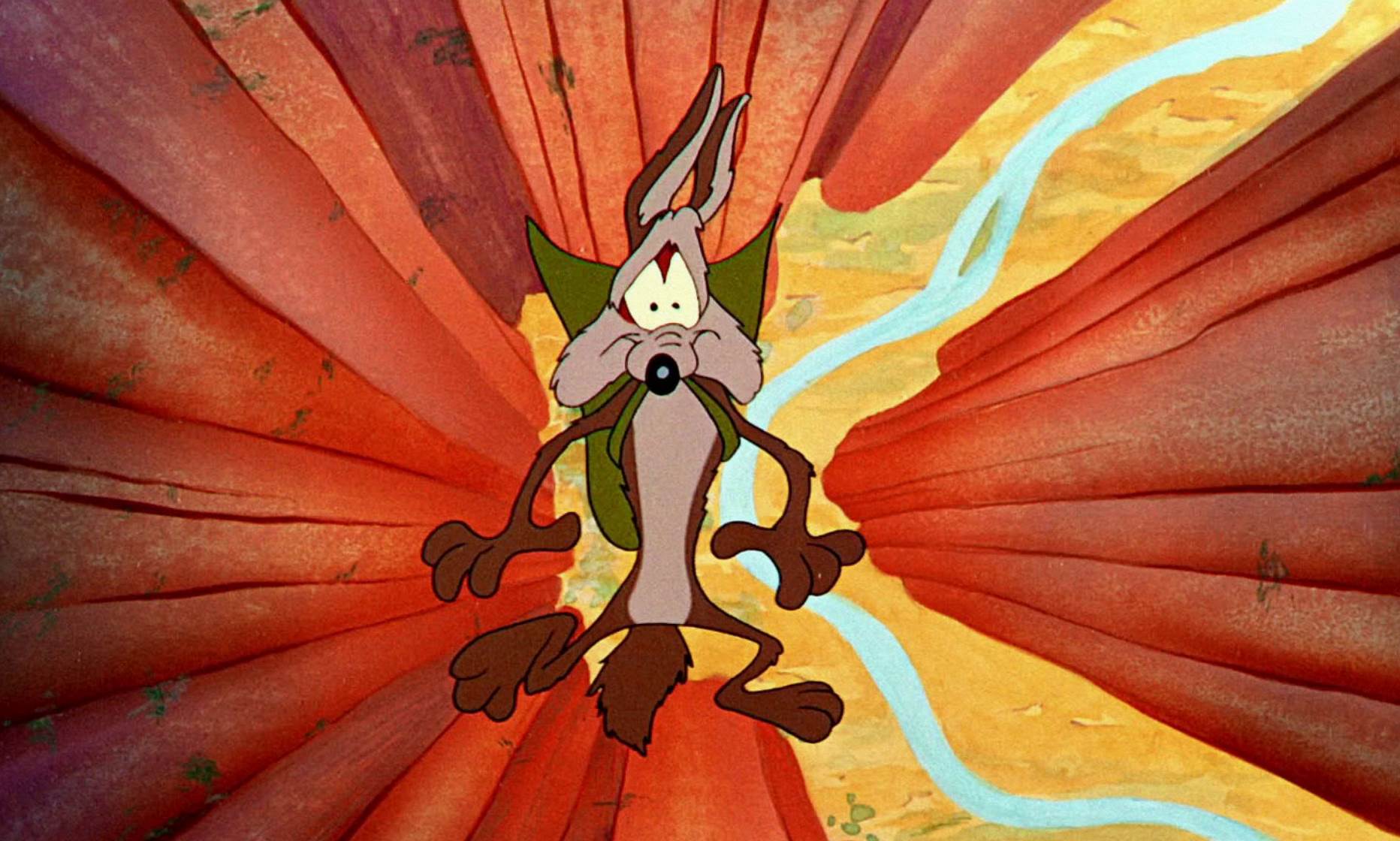 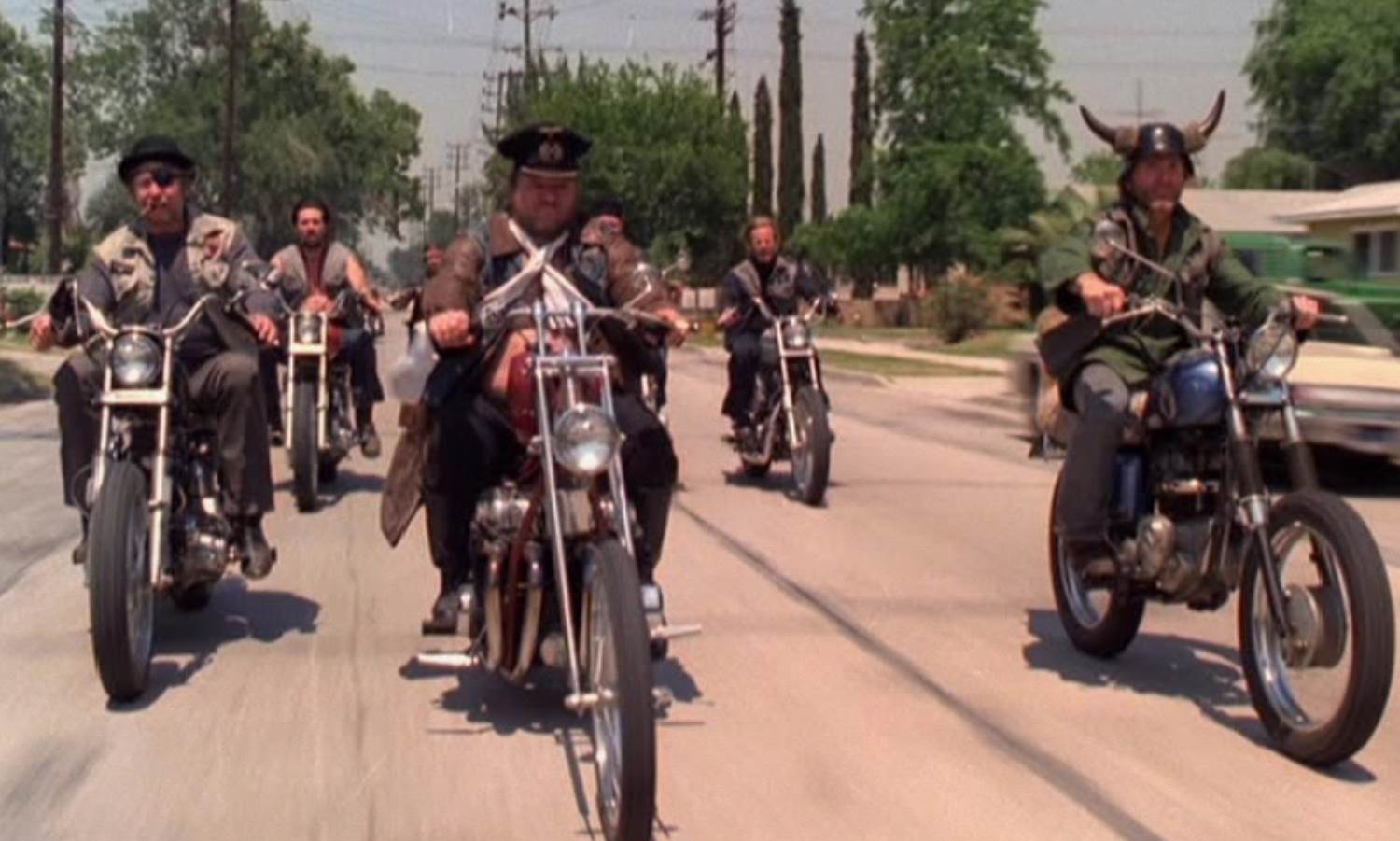 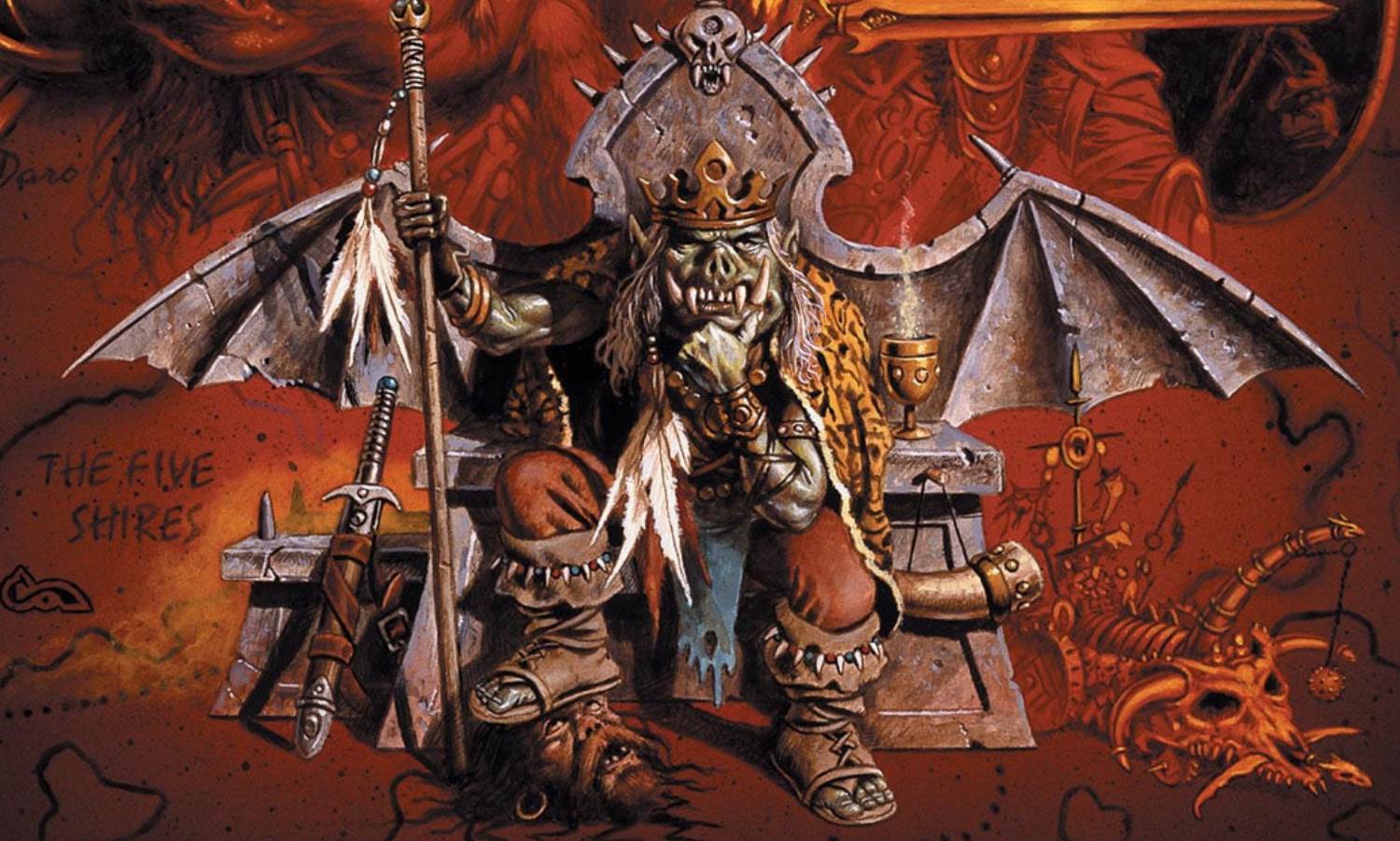 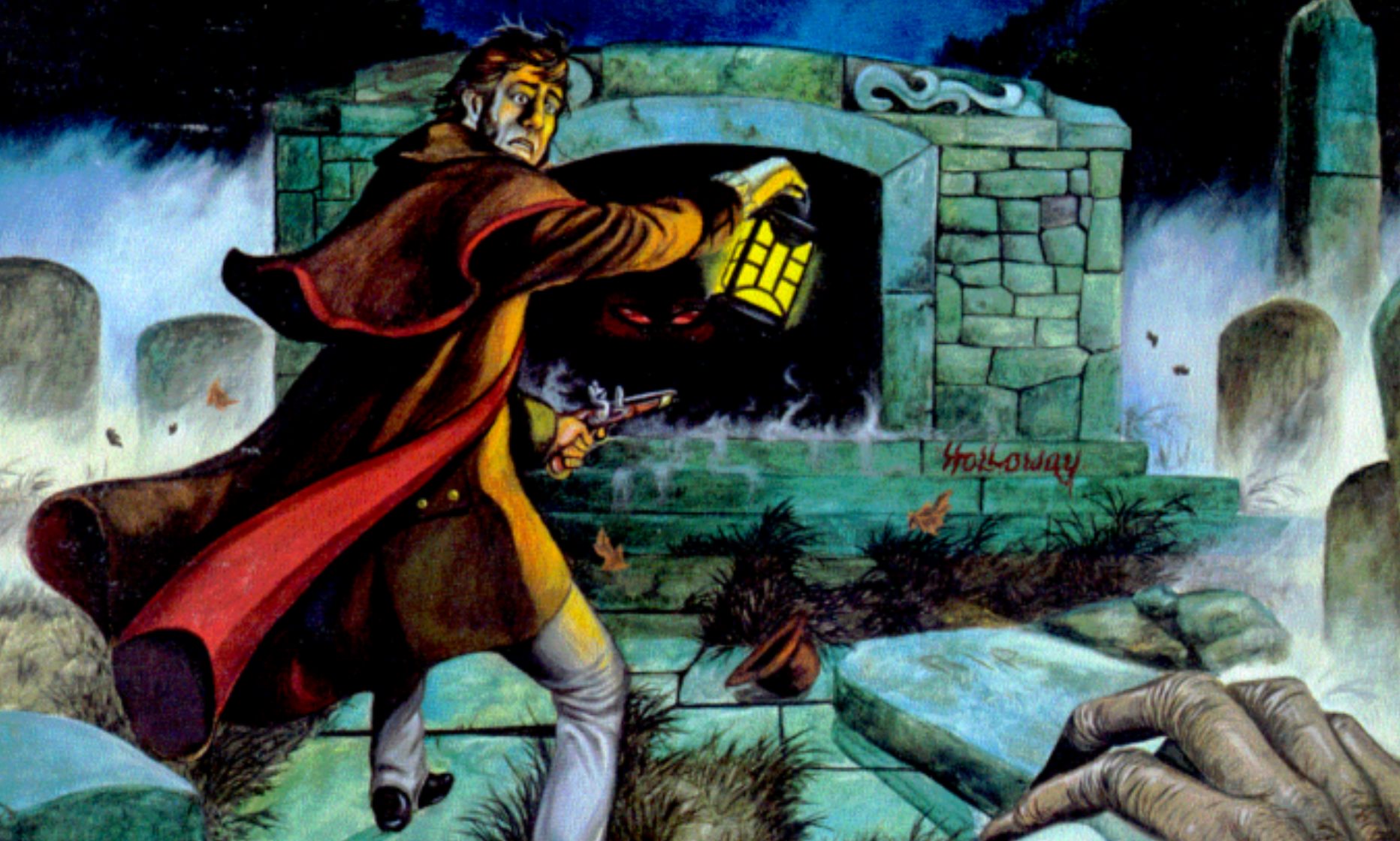 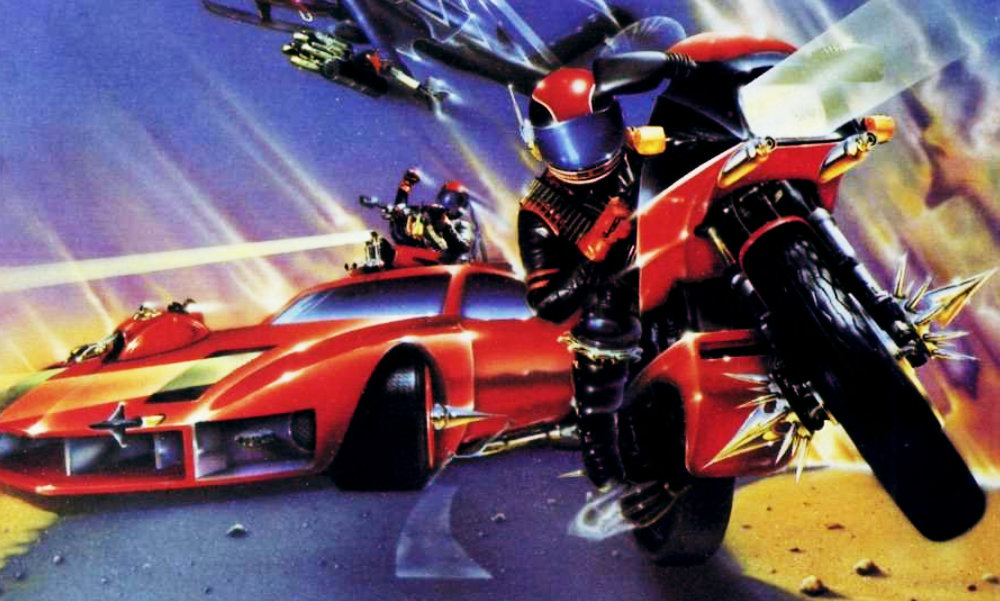 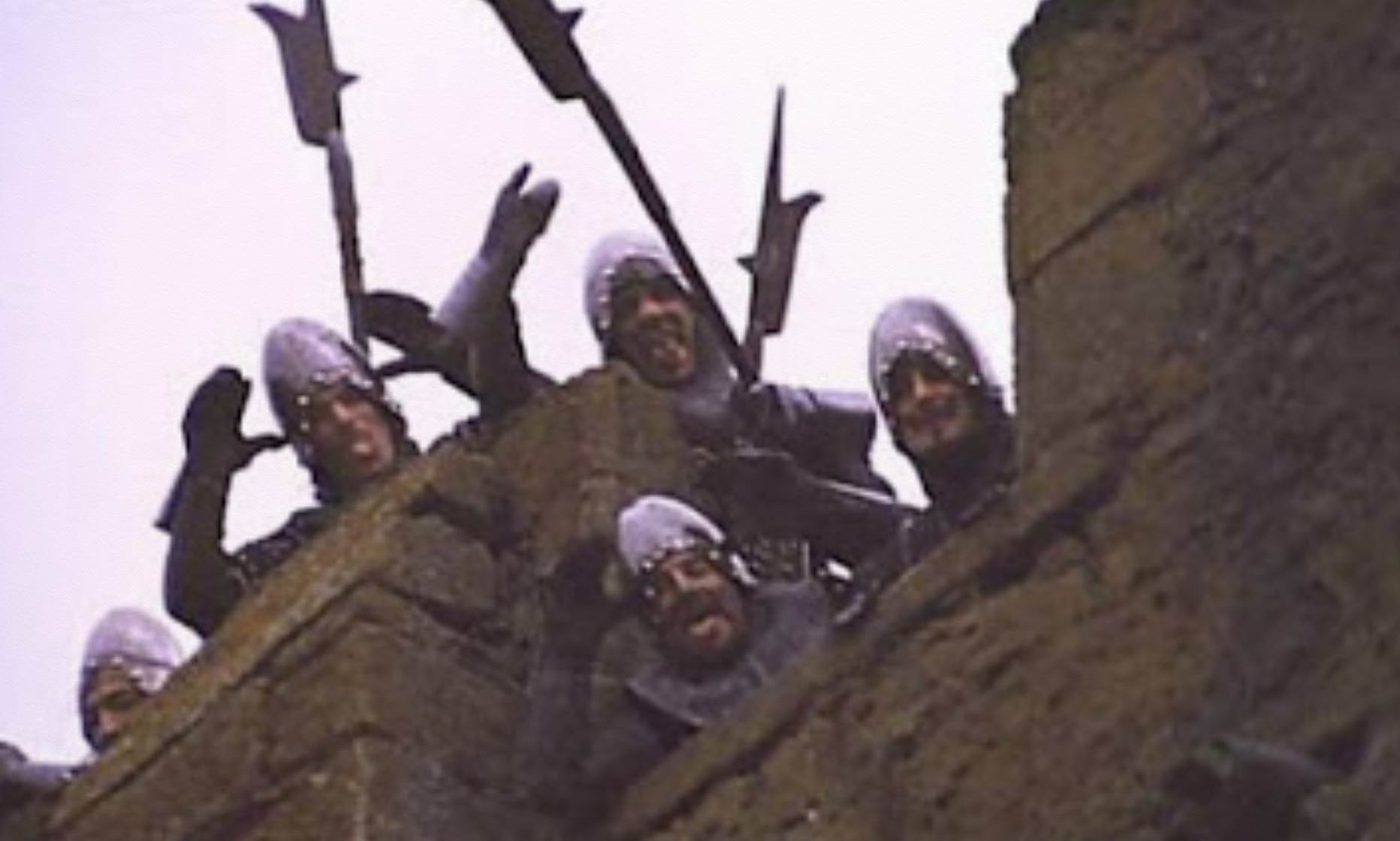 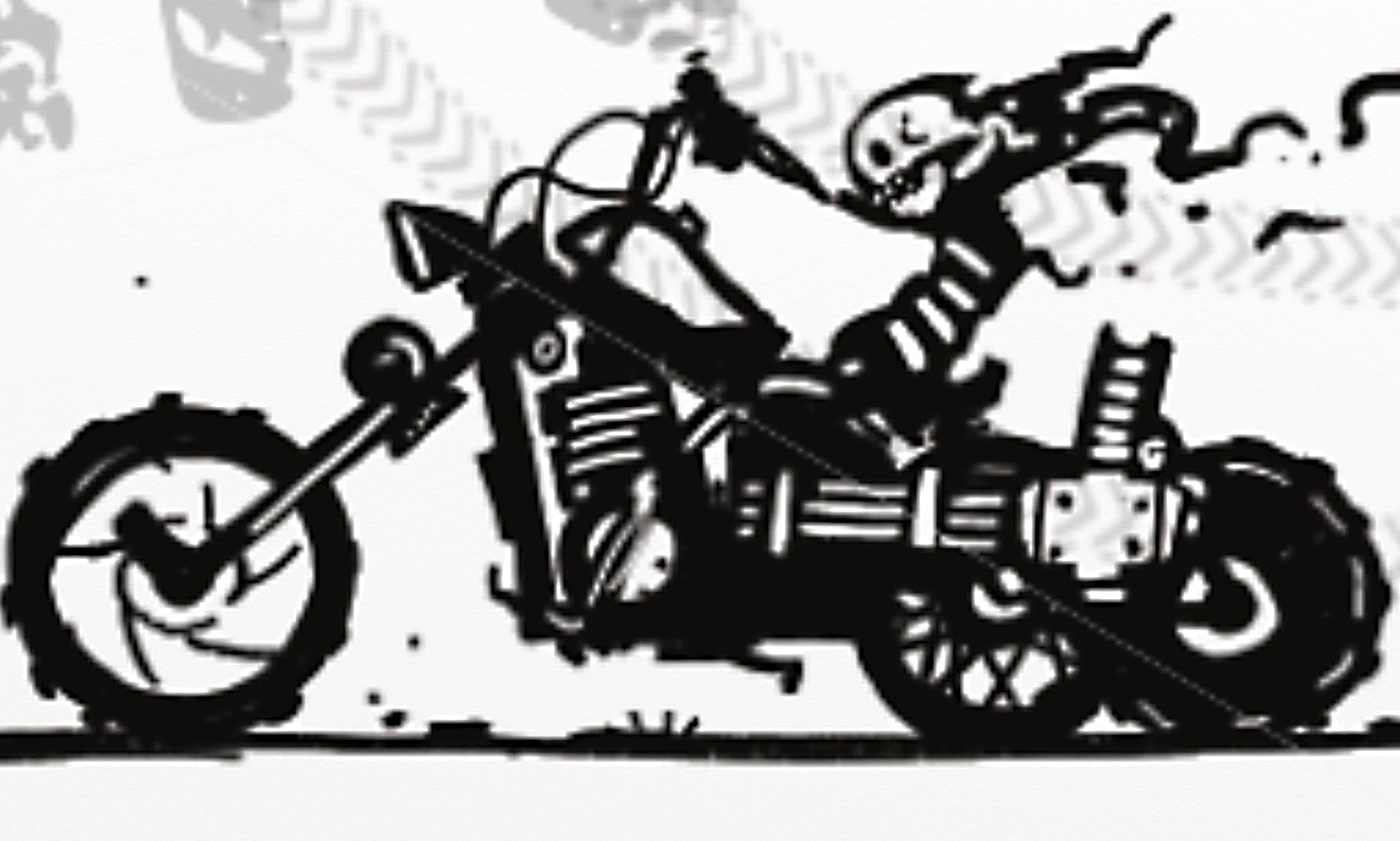