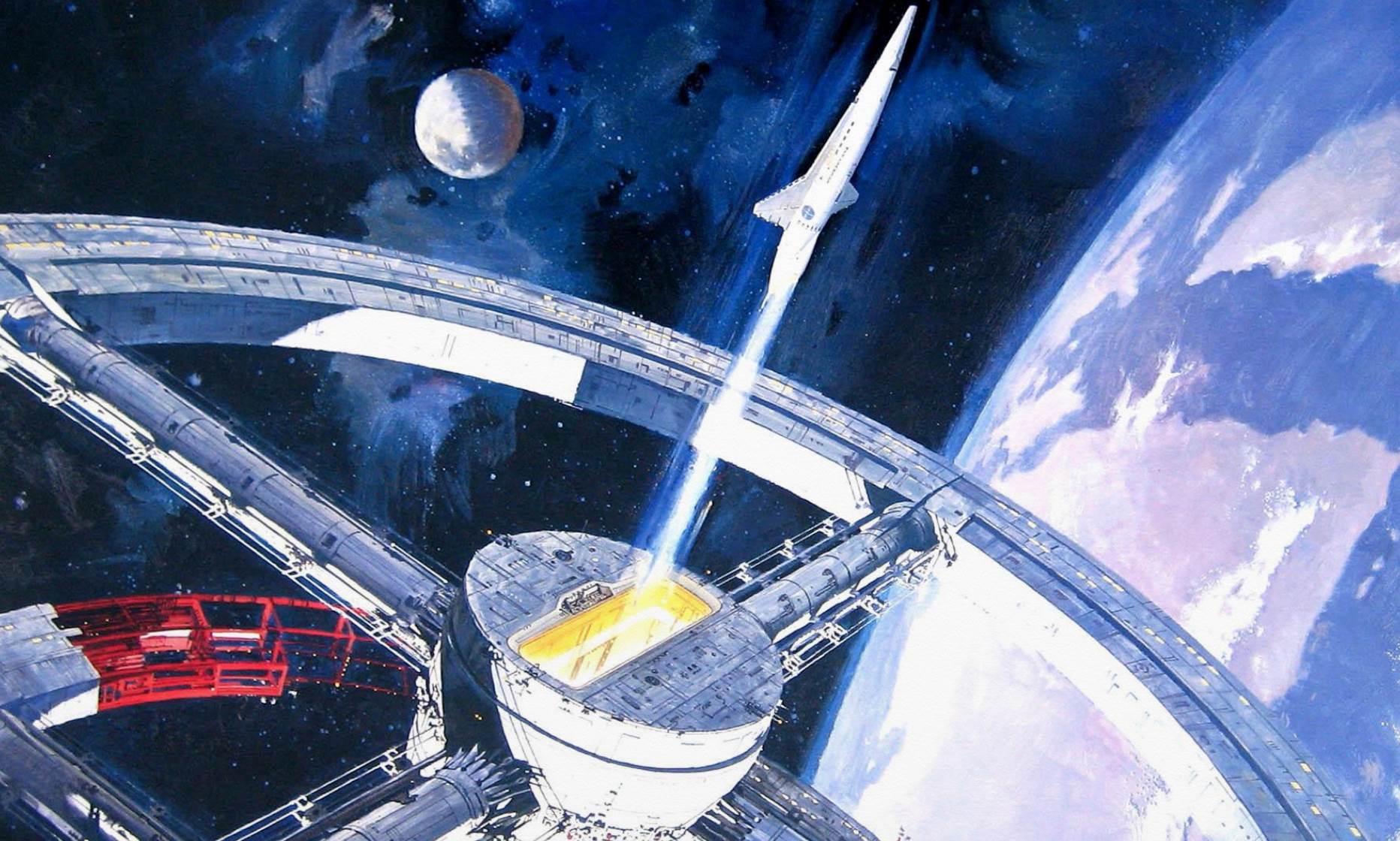 WHAT! How Could You! 2001 is one of the greatest Sci-Fi films of all time! An irreplaceable masterpiece!!!! Yes, okay, but admit it. The ending makes no sense.
First off, 2001: A Space Odyssey is an excellent film, absolutely stunning when you consider it was made in 1968, but it is also one that is more fun to look at than think about. My changes would begin about halfway through. All of the scenes of the ships slowly moving through space - that can stay - it may seem odd to modern audiences who are use to hyperbolic everything, but I like how unsettling and strange it is without actually being weird.
My changes begin when Frank and Dave come out of stasis only to find that the third crew member who was to be awoken with them did not survive. They go over the ship's log but can find nothing wrong. HAL-9000 who has been piloting the ship in their absence believes the fault to be human error. The astronaut's mortal body simply failed. It was not strong enough to survive stasis.
A few days pass. Frank exercises. Dave and HAL play chess. Just as Dave is about to move his bishop in what would amount to a checkmate an alarm sounds. It is happening again. Frank and Dave rush to pull a suffering astronaut from his stasis pod and try to resuscitate him but the man dies in their arms. Once again HAL can find no mechanical error and repeats the same analysis from before. Humans are weak and unsuited for space flight. Tactless, HAL suggests that the mission would have been better served if humanity had been left behind in preference of a robotic crew. Unlike humans, robots do not die when they malfunction. Machines can always be repaired. 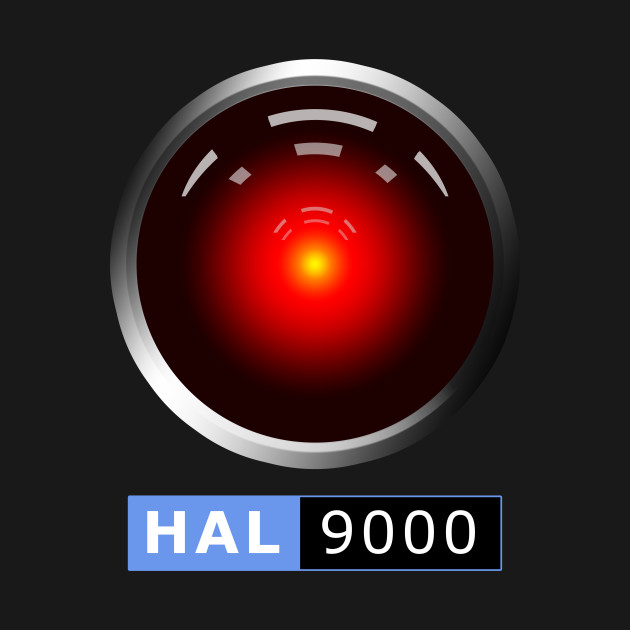 (I can see you are upset by this Dave)
Frank and Dave become suspicious. They talk over the possibility of awakening the other sleeping astronauts before yet another stasis malfunction can occur. HAL reminds them that there is no evidence of malfunction. Frank and Dave never say it out loud, but you can tell from their expressions that they are starting to wonder if HAL is telling them everything it knows.
The Discovery One pulls into orbit around Jupiter and closes in on the large monolith which is a hundred times larger than the one on the moon. The crew film the event but are disappointed to hear from HAL that the antenna array has been damaged during transit and cannot be used to transmit the video to earth. If they want to do so they must repair it. Frank jokes with HAL about not malfunctioning, about having no need of humanity to change the occasional burnt out light-bulb. HAL does not get the joke and simply reminds Frank that being damaged by external forces and malfunctioning are not one in the same.

Frank and Dave take an EVA pod out into space only to find that there is nothing wrong with the array. On the way back they turn off the pod's antenna and talk about the possibility that HAL itself may be what is malfunctioning. That the artificial intelligence may have in its own way gone insane. They decide that they may have to shut HAL down and reboot him. They're not sure how they would pilot the Discovery back to Earth without HAL, but neither wants to get back into a stasis pod with the way things are now. In the docking bay we get that great scene where HAL reads their lips with a surveillance camera.
They report to HAL that there is no problem. HAL informs them that the antenna array is not responding and that they need to go back out and check it again. Even though they know the antenna is fine, Frank concedes that he may have missed something and agrees to go back out. While on the way to change into a space suit, HAL traps Frank in a corridor, opens a series of doors leading to an airlock and blows Frank out into space. 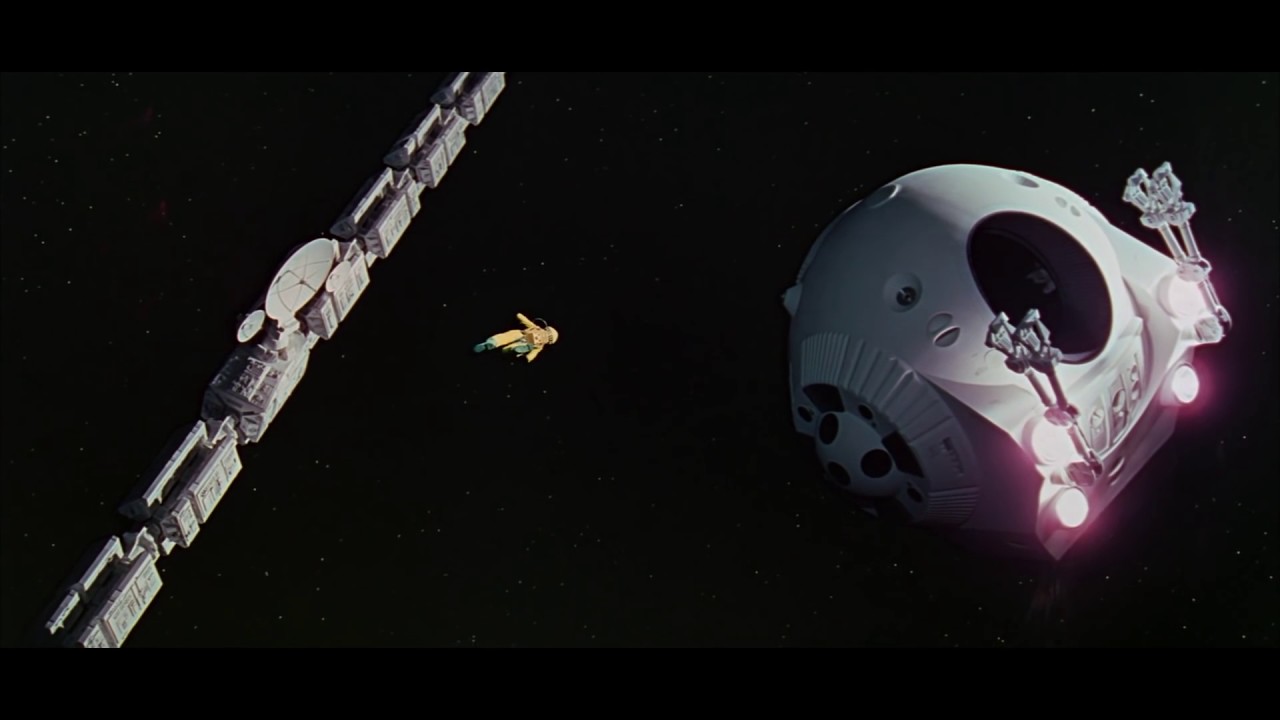 Dave watches in horror as this happens through a window in the Discovery. Shocked he sprints to the docking bay and jumps in an EVA pod without a space suit, opens the bay doors and takes off. HAL orders him to return to the ship. Dave tells HAL to go fuck himself and flicks off the antenna connecting the pod to the Discovery. HAL retaliates by killing off the rest of the astronauts in their stasis pods. Dave flies into space but Frank is already dead by the time he reaches him. Cradling Frank in the pod's robotic arms Dave returns to the Discovery only to find himself locked out. Dave lets Frank go and tries to use the EVA's arms to open the manual locks on the landing bay doors. HAL locks each one just as soon Dave opens it.
Dave realizes that he is not wearing a space suit.
Even if he could land the Pod inside the Discovery, HAL could turn off life support and kill him before he ever entered the ship.
Check and mate.
From HAL's point of view we see Dave mouth the words - I'm finishing the mission - he backs the EVA away from the Discovery and sets off toward the monolith. Dave moves in close and knocks on it with a robotic arm but ultimately discovers nothing they did not already know. It is depressingly just like the one on the moon, only larger. Meanwhile the EVA begins to flash warnings about low oxygen, low energy, low everything. Dave realizes that he only has a few minutes left of life support. Not far behind him the Discovery orbits into view.
Once again, Dave reaches out with the frail white metal arm of the pod and hammers on it like a door someone is refusing to open. An apparition of Frank appears beside him to explain that the metal arm is the problem. If he truly wants to understand the monolith he is going to have to shed his armor and touch it. Realizing he has less than a minute left to live, Dave spins the pod around, blows the explosive bolts on its safety door and is sucked out into space towards the monolith. With the moisture on his skin turning to ice and his veins starting to popple, Dave shoots towards the monolith, finally touches it with his bare hands and...

As a ghost of sorts, Dave revisits the Discovery. HAL shuts down life support and locks various doors but fails to stop him from moving through the ship. Eventually Dave reaches the data bank and shuts HAL down. The Discovery goes dark. After this, Dave finishes the spookier side of his transformation. He sees himself grow old and die in the white baroque room. Then he is reborn as the star child and the movie ends. 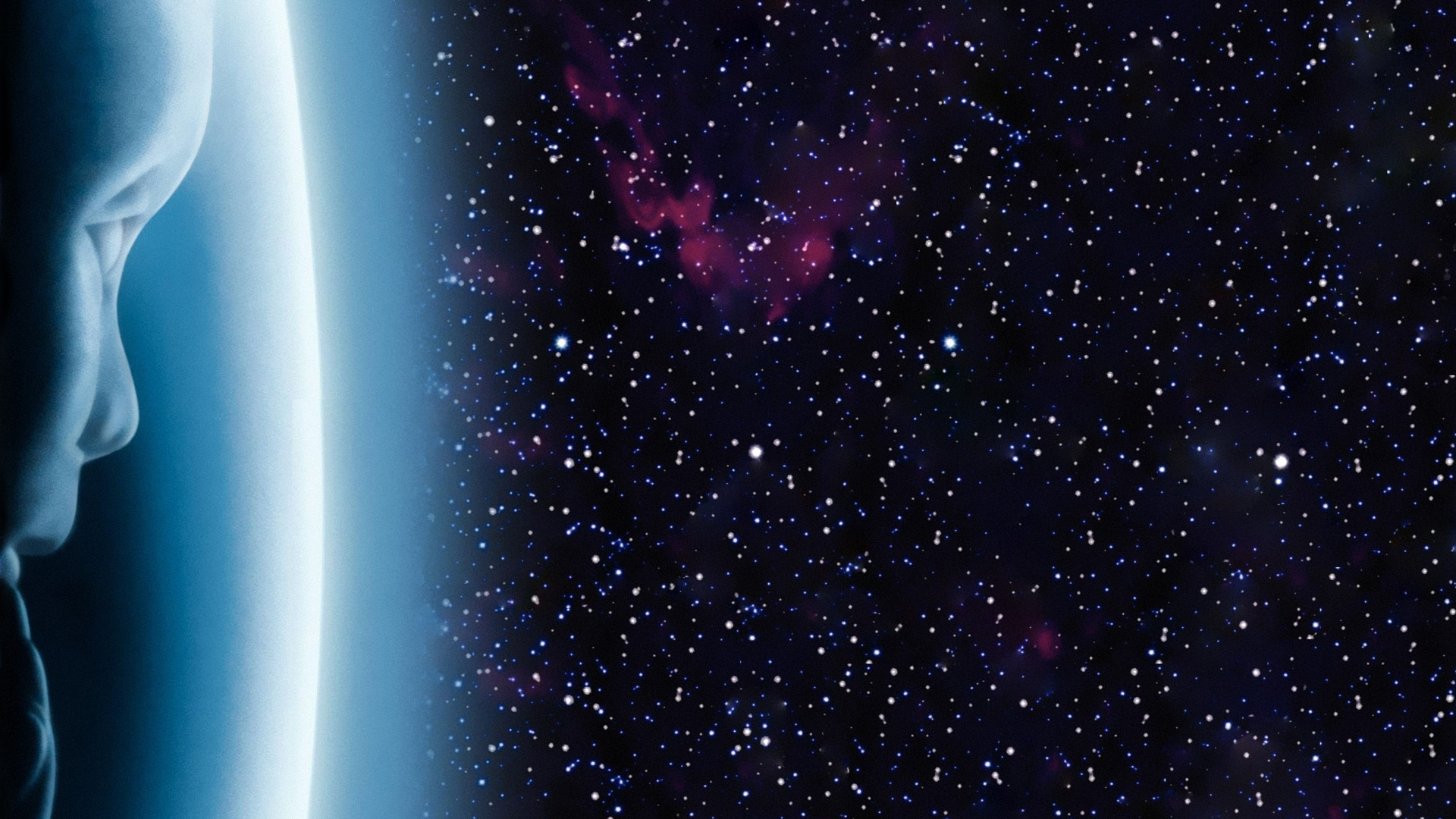 So what is achieved by all of this? Well, it turns the film from a somewhat aimless series of funky events to a commentary on technology and our reliance on it as well as our need to continue evolving beyond it.
In the first instance of the film the chimps touch the monolith and realize that bones can be used as weapons, a major evolutionary leap is made, technology is born. By the end of the movie, man - Dave in this instance - touches the monolith and makes another leap forward this one leaving technology behind as well as his own physical form. This is why Star Dave returns to the Discovery to shut HAL down. It’s not necessarily vengeance as much as a shedding of all the cold technological progress which has brought humanity out into space and yet at the same time is holding us back from evolving ever upwards.
Keys:
#film
Rate It! 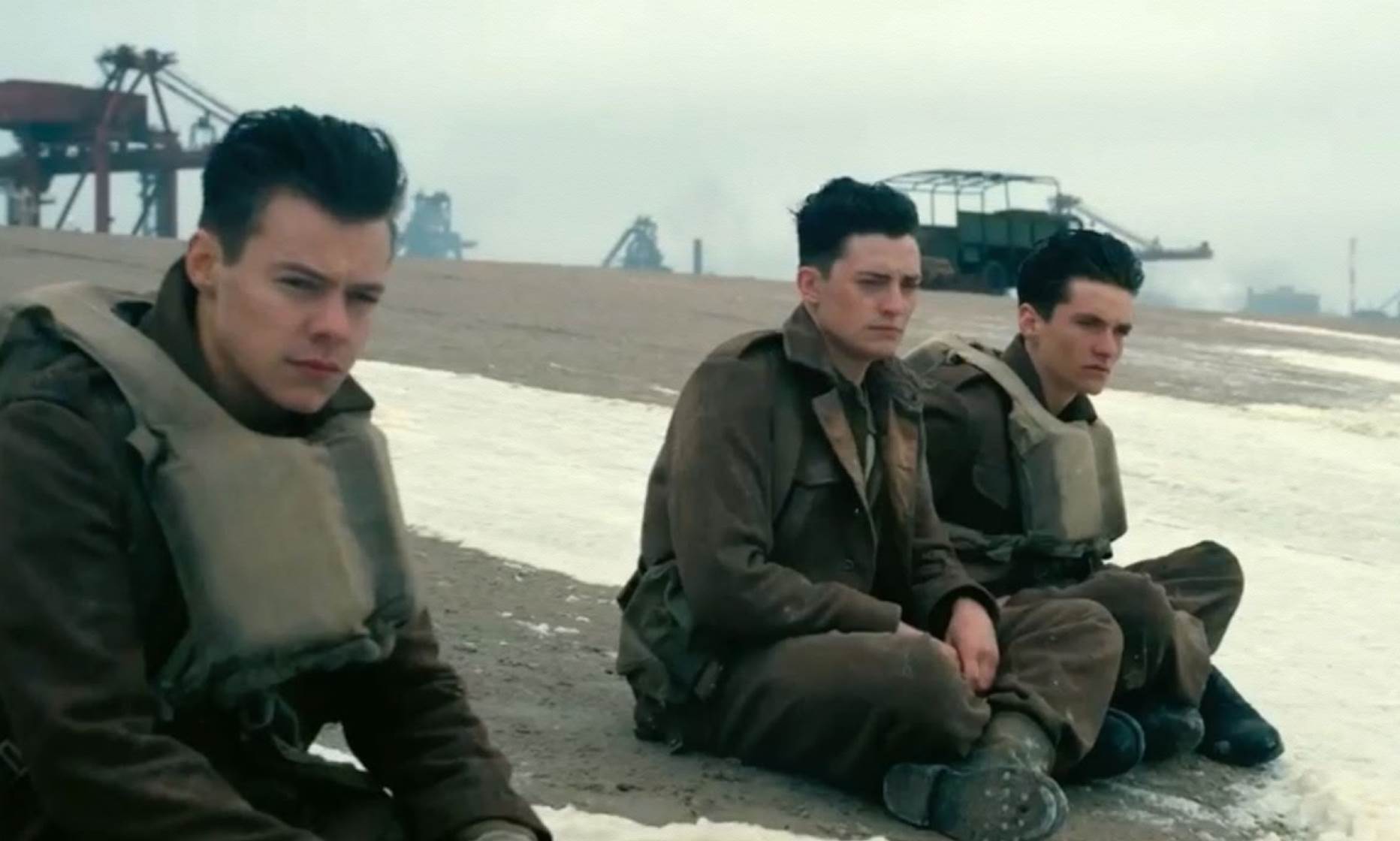 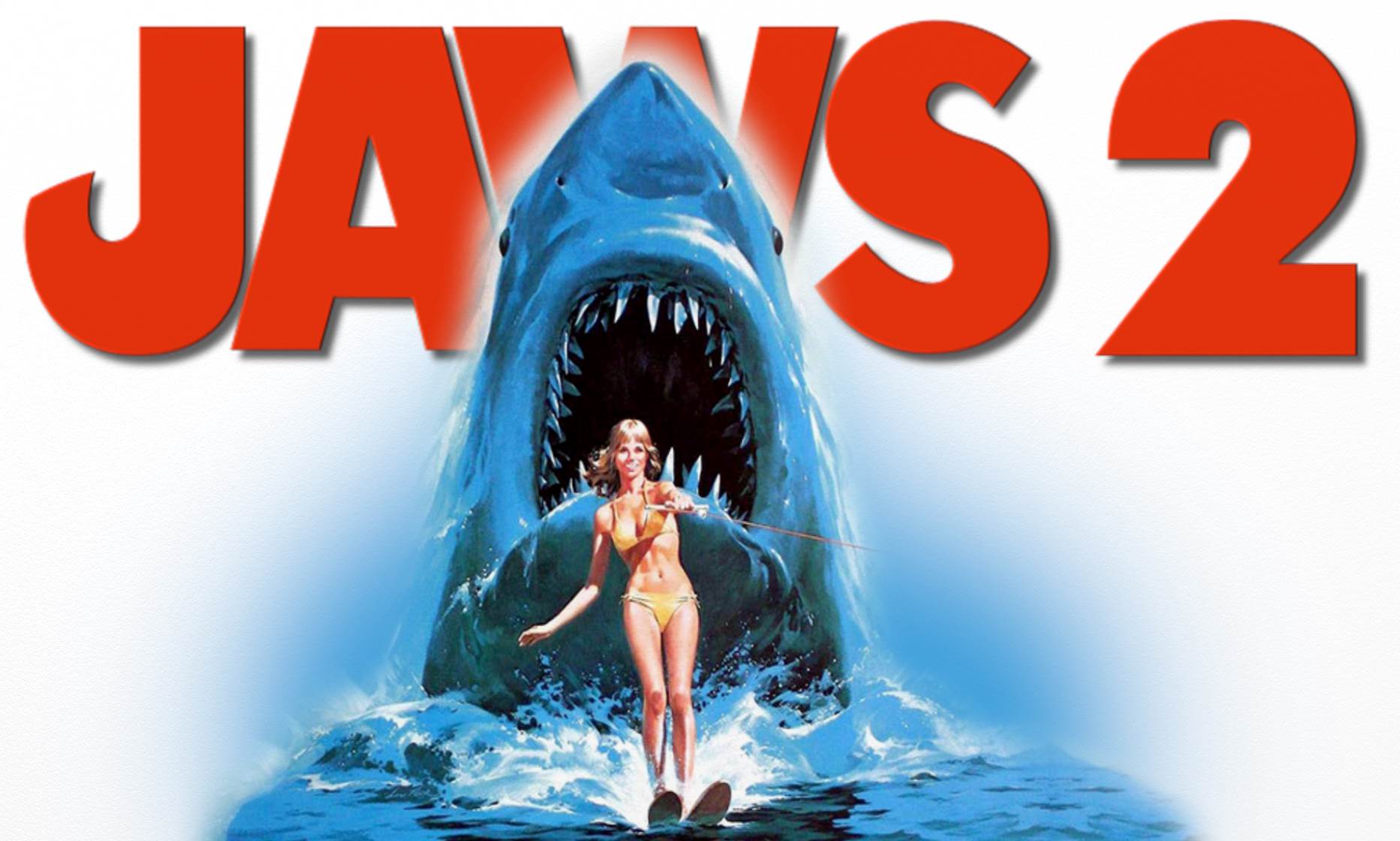